This 4 day conference was held on the beautiful Hamilton Island and was concluded with the biggest event on the HIA’s calendar, the 2016 HIA Australia Housing Awards.

The best of the best were in attendance from all over the country and we were so honoured to be competing on behalf of WA for the title of Apartment of the Year!

It was an amazing night, and we look forward to representing WA in future awards. 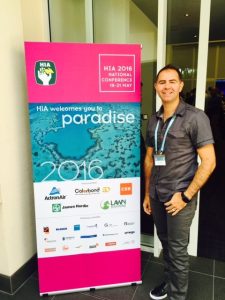